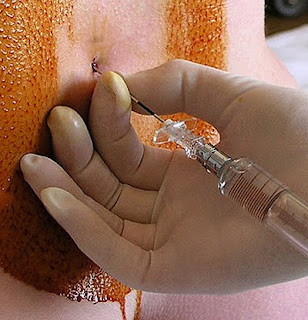 I have a theory about epidurals. I want to test it out.

But first, because this can be somewhat of a sensitive topic, I want to say upfront that I don't believe women who get epidurals are wimps or sissies or somehow not as tough as women who have drug-free births. I don't believe that women who don't get an epidural are necessarily incredibly tough or that they are weird pain junkies who love suffering.

I have given birth 5 times and each labor has been different. Some easier than others, some that were horribly painful. I have never had an epidural but that doesn't mean I didn't want one at various times! However between my desire to have drug-free births and my horror at the idea of a needle going into my spinal column, and other various factors, I've been able to avoid it. (Having a homebirth was the best way to avoid drugs, because they are simply not available. But that's another post.)

Okay, so here's what I've been pondering:

For instance, if you have had an epidural in labor, how many of these other things were also true:

I would imagine the majority of you would answer yes to quite a few of those! Most of all the Pitocin one. (I've had a Pit induced labor, ladies, and I know how it can feel! It is complete insanity, NOT the way a woman's body was made to labor, and personally I think it's cruel to give any woman Pitocin without also giving her an epidural at the same time. Letting labor follow it's own timeline without messing it up with drugs would be the #1 way to avoid an epidural!!)

So my point is that I think most of the women who end up with epidurals, especially those who originally wanted to avoid it or at least try to make it through labor without one, have these factors also involved. If you same women had


I betcha you would not have *needed* an epidural. Yes, you would still have had times of intense pain, but with a well-supported labor, like described above, the pain is manageable and all part of the work of giving birth! It is not suffering!!

I do want to mention here that I know in some cases women have well-supported labors that still don't go well and drag on for 24, 30, 36 hours and more. Sometimes babies are malopositioned or are very big and labor does not progress. Situations like these are not normal labor and they certainly call for the appropriate use of pain relieving drugs! This is when the normal, helpful pain of childbirth truly does turn into suffering, despite using all of the above methods.

One other factor that I didn't mention above because it's much more abstract but equally as powerful is FEAR. I think we have lost a sense of birth as being normal, natural, and doable and instead view it with terror as an emergency or something we need to be saved from. Fear increases the sensation of pain. So a woman who heads into labor terrified will most likely feel more pain than a woman who is calm and prepared, and therefore will probably feel the need for an epidural.

Lastly, if after reading this you're saying, "Yeah, but why are we even talking about avoiding epidurals? What's the big deal? Isn't pain relief GOOD? Why in the world would I want to feel pain during labor anyway?" I would point you to

In short, we should want to avoid epidurals because they

The value of labor pain is something I'll save for a later post. :)

I hope this hasn't come across as snarky or stuck-up. I am really interested in this and would love to hear from you about your thoughts. Improving birth is something I think is really important and I think that starts with women becoming educated and being supported through pregnancy, birth and postpartum!
Posted by melissa 6 comments: Links to this post

Email ThisBlogThis!Share to TwitterShare to FacebookShare to Pinterest
Labels: homebirth

I got this boutique tutu from Swap Mamas! Ain't she cute? 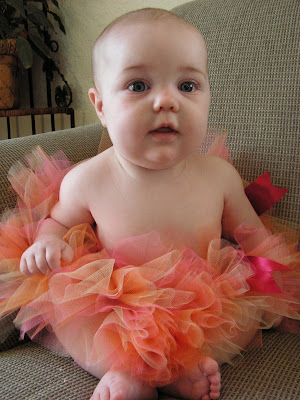 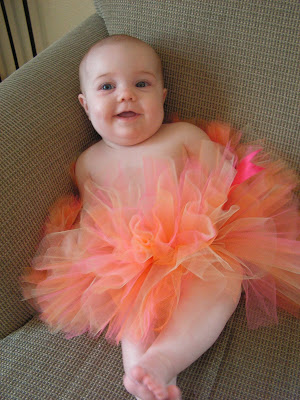 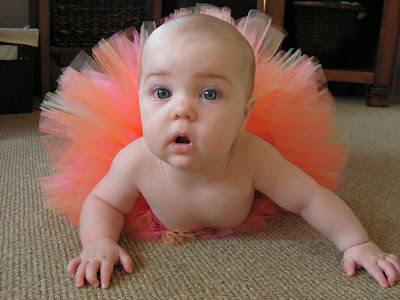 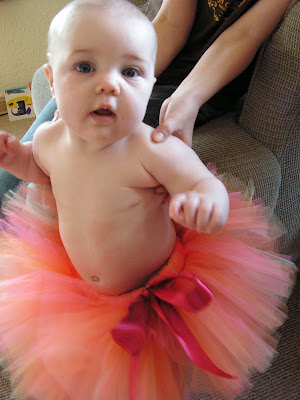 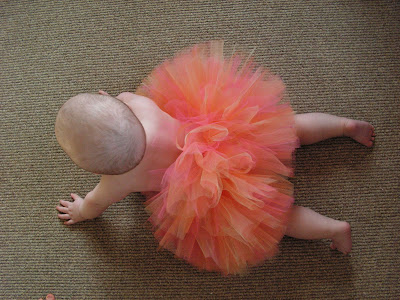 This was over a month ago now... I'm a little behind in posting stuff about our lives! But one weekend in February 2010 was very special for us. On Friday it was Judah's 2nd birthday, on Saturday we dedicated Clementine at church, and on Sunday our nephew and godson Jesse was dedicated! It was a weekend full of thanks for the sweet children in our lives. 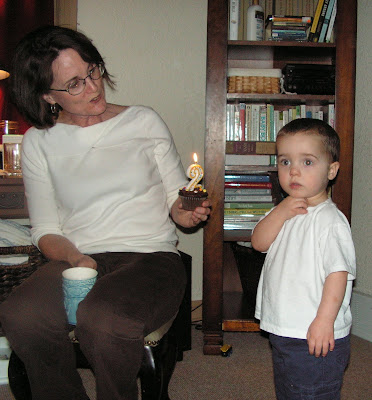 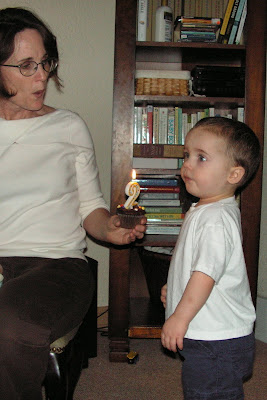 Judah had a little trouble figuring out how to blow out his candle,
but he finally got it! 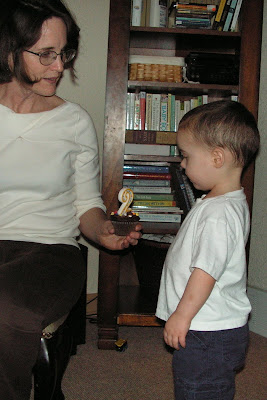 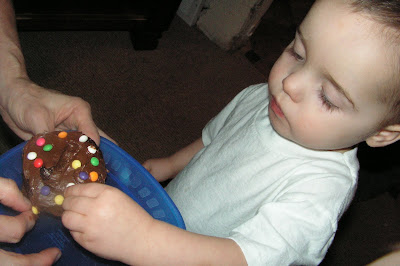 The sprinkles were his favorite. 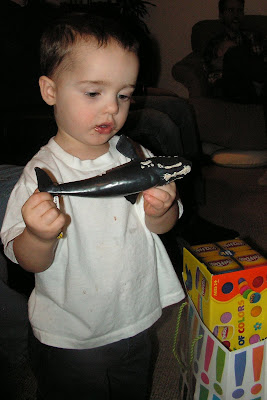 Checking out his new whale.
And did you know that Play-doh comes in 24 different colors??

The dress Clementine wore for her dedication was mine when I was a baby and my sister wore it too, so it was really special to have her wear it. I guess it's an heirloom now. :) 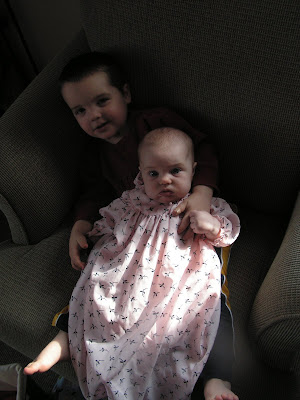 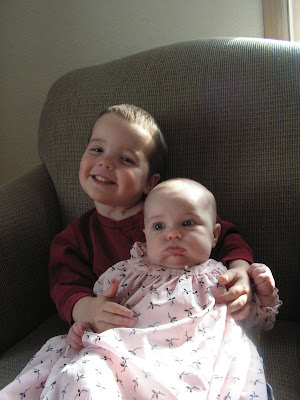 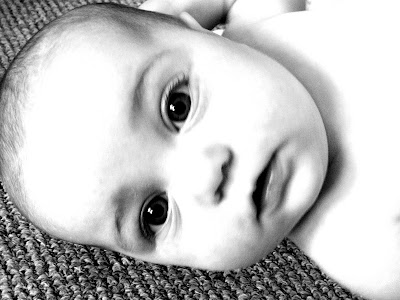 We've been looking to buy a house the last few weeks. On the second day of looking we found our dream house. We made an offer the next day. (It had been on the market for less than a week.) Someone made a better offer that same day and we didn't get it. Since then we've looked at many, many other houses and none of them are right. Basically our choice is to buy a nice big house in a rough neighborhood or a tiny rambler in a nicer neighborhood. I'm so burned out looking at houses!! Nothing is getting done around the house, the kids have been riding around in the van for hours or being babysat, we've been eating on the fly... blah.

Anyway, that's what's been going on in our lives.

On a better note: 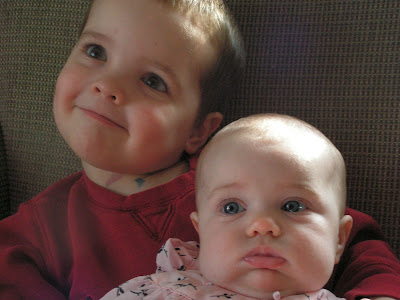 Email ThisBlogThis!Share to TwitterShare to FacebookShare to Pinterest
Labels: family

Sometimes You Just Have to Cry 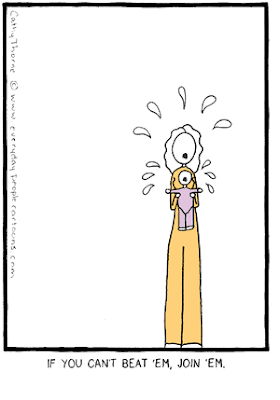 Usually my kids take turns being crabby and/or crying. This I can manage, most of the time.

But then there are the days when Clementine is wailing to be nursed, Judah is sobbing because Moses hit him, and Moses is bawling because he's been put on the chair. In those moments, when my entire world seems to be filled with crying children and I think my head is going to explode, I sometimes want to run upstairs and hide under the covers of my bed. But usually I just look at Grace and say, "Why don't we cry too?"

Then Grace and I pretend to cry just as loud and desolately as the other people in the room. Sometimes this just releases some stress. But sometimes it makes the Young Ones stop in surprise and stare at us. Occasionally it even ends with us all laughing together.

But once in a blue moon, all three of the Young Ones are crying and Grace is for real crying too, like when she has to do some really hard math or if I've told her we don't have co-op until next week and she thought it was this week.

Then I gather all my crying children around me and tell them how much I love them. I say, "I'll nurse the baby, and Moses and Judah can sit on the couch with me - with Mama in the middle so there's no hitting - and we'll skip math for now, and we'll all read some books together." This ends nicely, with all of us happy and loving each other.

Or else I text Richard at work and tell him I'm going crazy and he needs to come home NOW. He usually texts back something very good like,

"Go outside for a minute and take some deep breaths, eat some chocolate and TRUST IN JESUS! I love you!"

It's a good thing I have a husband who can handle it when all four of his children AND his wife are crying all at the same time.
Posted by melissa 4 comments: Links to this post 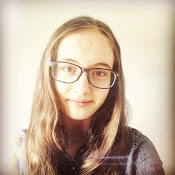 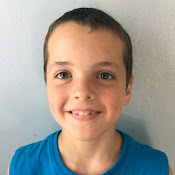 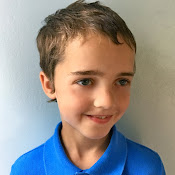 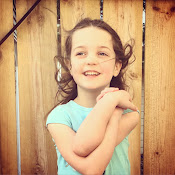 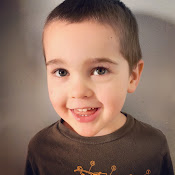 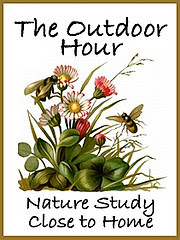